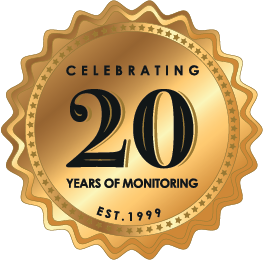 Arc Monitoring has assisted Hampshire police in arresting suspected thieves of panels at a solar farm in Overton, Hampshire.Operators at Arc Monitoring’s Remote Visual Response Centre had been liaising closely with the British Solar Renewables’ Operation and Maintenance team who manage the 3.7MW solar farm, as it was suspected intruders were scoping out the site. Arc Monitoring’s standard operating procedures ensured police were notified immediately the thieves were seen breaking in.

A criminal investigation is now underway after four men were arrested following the break-in on 2nd  November, 2017 according to an article in Solar Power Portal. Police officers quickly responded to the report of the break-in and followed a transit-style van leaving the scene which then led to a man being arrested on suspicion of conspiracy to commit burglary. Three other men were arrested in connection with the incident the following day.

As an NSI Gold Category II accredited Remote Video Response Centre, Arc Monitoring is the UK’s leading provider of alarm response services to the solar farm sector. Peace of mind comes with knowing that Arc Monitoring will help you detect thieves and vandals attempting to enter your facility which may contain many thousands of valuable high tech solar panels.

Contact us to discuss in confidence and without obligation, your remote monitoring requirements

We use cookies on our website to give you the most relevant experience by remembering your preferences and repeat visits. By clicking “Accept All”, you consent to the use of ALL the cookies. However, you may visit "Cookie Settings" to provide a controlled consent.
Cookie SettingsAccept All
Manage consent

This website uses cookies to improve your experience while you navigate through the website. Out of these, the cookies that are categorized as necessary are stored on your browser as they are essential for the working of basic functionalities of the website. We also use third-party cookies that help us analyze and understand how you use this website. These cookies will be stored in your browser only with your consent. You also have the option to opt-out of these cookies. But opting out of some of these cookies may affect your browsing experience.
Necessary Always Enabled
Necessary cookies are absolutely essential for the website to function properly. These cookies ensure basic functionalities and security features of the website, anonymously.
Functional
Functional cookies help to perform certain functionalities like sharing the content of the website on social media platforms, collect feedbacks, and other third-party features.
Performance
Performance cookies are used to understand and analyze the key performance indexes of the website which helps in delivering a better user experience for the visitors.
Analytics
Analytical cookies are used to understand how visitors interact with the website. These cookies help provide information on metrics the number of visitors, bounce rate, traffic source, etc.
Advertisement
Advertisement cookies are used to provide visitors with relevant ads and marketing campaigns. These cookies track visitors across websites and collect information to provide customized ads.
Others
Other uncategorized cookies are those that are being analyzed and have not been classified into a category as yet.
SAVE & ACCEPT